Showing posts from January, 2011
Show all

January 23, 2011
PCP rifle ammo  is not available in the stores yet, but it promises the performance of brass case ammo with less weight. The makers say they have got the bugs worked out. They claim a new, patent-pending process. I hope this stuff really works, because there are several circumstances where lighter ammo would be a Good Thing.
Post a Comment
Read more 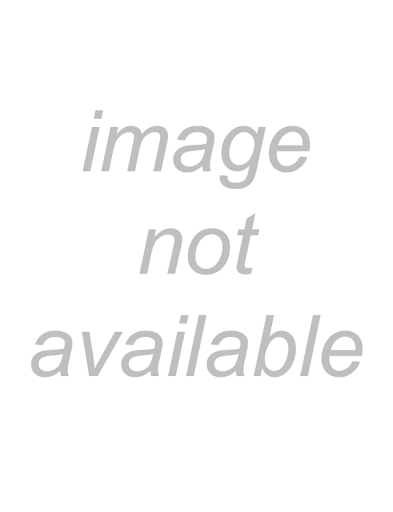 So begins Townsend Whelen's 1918 book, The American Rifle .  You can read or download it free at Google Books; click here . It is more than 600 pages long. It covers so much that it is more nearly like an encyclopedia than a recreational read. A look at the table of contents will give some idea what I mean. This book was the current info as of the year 1918. There have been advances since then. The powders, primers and optical sights are better now. Some actions are in use today that were undreamed of back then. But it is curious how much of the information and reasoning still stands up. It is also interesting that some favorite rifles from those days are still used and enjoyed today. (Others have long gone by the wayside.) There is a chapter of more than 100 pages giving the details of rifle models in use at the time. The descriptions are accompanied by illustrations, cutaway views and instructions for taking each rifle apart. Rifles covered include the wares of
Post a Comment
Read more

What became of my muttons?

January 17, 2011
I got led somewhat away from my muttons by the latest political crapfling . I like to run mostly gun tech content on this blog but sometimes I get distracted. Stay tuned for something very techy but sorta vintage at the same time, coming up shortly. I thought I'd say that so I wouldn't lose readers, due to people thinking, gee whiz, he's turned into another gun politics guy--where's the nuts & bolts stuff?
Post a Comment
Read more

January 17, 2011
Tucson and gun control: False gun-control solutions after Tucson - chicagotribune.com : "After Tucson shooting, ineffectual solutions abound" The above is a pretty good article about the paucity of good ideas from the gun banners. It is from the Chicago Tribune and written by Steve Chapman. Apparently, some people in Chicago get it.
Post a Comment
Read more

January 16, 2011
Media Research Center Documents Liberal Death Wishes Against Conservatives | CNSnews.com : "CNSNews.com) – The Media Research Center released today a list of comments made by members of the media in recent years that call for the death or suffering of conservative leaders. These quotes are evidence of the double standard that certain media exercise in blaming conservatives for the shooting in Tucson, Ariz., while ignoring liberals’ death-wish-like rhetoric against conservatives, said the organization in a press release. [...]" 'Do as I say, not as I do."
Post a Comment
Read more

January 15, 2011
Carolyn McCarthy unveils gun-control bill - Shira Toeplitz - POLITICO.com : “The only purpose for the existence of these devices is to be able to shoot as many people as possible as quickly as possible,” McCarthy wrote in a letter to her colleagues that accompanied the bill. “There is no reason that these devices should be available to the general public.” Here Congresswoman McCarthy makes a fundamental mistake. The general public should have gun parity, more or less, with what the bad guys are using. We do not want the good people outgunned by the bad people. Oddly enough, the bad guys often manage to get whatever they want, no matter what the laws say. The armed citizen should have normal capacity magazines of more than ten rounds for the same reason the cops have them. These magazines are good for stopping bad guys. Let us suppose (for one possible example) that my home is invaded by multiple gang members, armed to the teeth and intent on doing me grave harm or killing me.
Post a Comment
Read more

The Stupid Springfield, Model of 1903

Photo courtesy Curiosandrelics The Springfield 1903 was a lousy rifle, in several respects, and a perfect example of why the government should not be left in charge of something as important as small arms development. It was a Mauser clone when better ideas were available. Its default, battle sight elevation was 547 yards. That was ridiculous, a triumph of theories once or twice removed from practical shooting. To obtain the right elevation for a more reasonable distance you needed to unfold the ladder sight to the 'up' position, in which it was fragile and awkward. The cartridge was a good one, the .30-'06, but the cartridge's creation was a tortuous process, in which the 1903 rifle needed to be revised when, in 1906, they finally figured out the ammunition thing. Initially the Springfield had an integral bayonet , of the knitting needle type. Legend has it that the president at that time, Teddy Roosevelt, objected to this feature, breaking it to show it could
Post a Comment
Read more

Sarah Palin's notorious target map...and one from the Democrats

See: Blog O'Stuff: According to Leftists ... The above link takes you to an awesome blog post. Voices on the left are decrying Sarah Palin's campaign target map and suggesting it drove Arizona nutcase Jared Loughner to commit murder. Oddly enough, though, this map has drawn no comment from the lefties. More? You can see a thorough rundown on recent use by Democrats of targeting maps on the Verum Serum blog .
Post a Comment
Read more

January 12, 2011
See:  Sarah Palin: America's Enduring Strength | Facebook Sarah Palin weighs in on the Arizona shooting and the ensuing call from the left to curb political discourse. I'm not backing her for prez, but her heart's in the right place.
Post a Comment
Read more

January 11, 2011
See:  MSNBC's Richard Lui: 'Is It Time to Rethink the 2nd Amendment?' | NewsBusters.org It's predictable as rain and barometers. After every high-profile shooting the call goes up for more anti-gun laws. The words echo with the pious zeal of social reform, but what we are presented with is merely the next item on the laundry list of restrictions the left has promoted for years. In this case it is the return of a measure that was tried before, did nothing useful, and was rolled back with the end of the Assaulty-Looking Weapons Ban. I would think there is a good deal of cynicism involved when the left sounds like true believers in a noble cause, though the measures promoted are not known to have any impact on misuse of guns by criminals or the deranged, but do hamper the rights of the law abiding. That, I think, is the point--to harass and denigrate 'the gun culture.' The aim is to take and exercise power over people who are doing something the left doesn't
Post a Comment
Read more

Crazy man with a gun

January 10, 2011
Our national laws prohibit gun ownership by the insane. That is, the laws prohibit adjudicated mental defectives and those committed involuntarily to mental institutions from possessing or receiving firearms. This was good enough in 1968, when that provision took its present form. Something has since changed in the way society deals with the hopelessly out of touch. Institutionalizing the insane is now often seen as inhumane and it is seldom done. The lesser measure of having them declared mentally defective in a hearing, which would also deny them the right to have guns, is seen as an intrusion on the patient's privacy. It is now rare for health professionals to suggest commitment proceedings or court hearings to establish mental state. What changed, exactly? In a fit of social zeal, crusaders for the good cause du jour labeled mental institutions as "snake pits" and decried conditions there. Mental hospitals were portrayed as hell on earth. The do-gooder campaign ag
Post a Comment
Read more

January 07, 2011
Since 2007, the number of concealed-carry permits in El Paso County has more than doubled, but there has not been a corresponding jump in gun violence by the permit holders. You can believe whatever you want, but at some point it comes down to results, and nothing suggests that life here has become more dangerous because of concealed-carry permits... READ MORE... Yup.
Post a Comment
Read more

The why of the scout rifle

January 07, 2011
The point of a scout rifle is its versatility. It will do, fairly well at least, as a mountain rifle, plains rifle, brush gun, camp gun, ranch rifle or tactical carbine. There are various rifles that will do any one of these things better, but that is not the point. The point is to get away from specialization, of the kind that requires a safe full of rifles. The scout rifle's lack of extraordinary ability in any area is compensated somewhat by the user's greater familiarity with it, if he really does use it as intended, using it for everything, instead of dividing his time among a collection of rifles. "Beware the man with one gun." That is the matter as I understand it. The scout rifle concept would catch on quicker if there weren't all those millions of lever .30-30's already out there,  giving good service. For a long while the lever gun was the most versatile light rifle going, and in some minds it still is. It is a hard sell to convince the .30-30 m
Post a Comment
Read more

Kel Tec's new shotgun bears a certain resemblance to the South African Neostead design. It is a short bullpup with dual magazine tubes. It is NFA legal but no longer than it needs to be to achieve that. Operation is pump action. The gun is liberally festooned with Picatinny rail, so you can suit yourself in regard to sights and lights. I post fairly often about scout rifles and the general purpose rifle question, but basically I'm a shotgun kinda guy. A good 12 gauge will solve most shooting problems that you can't hide from, which are the kinds you absolutely must solve. A bullpup configuration makes sense because of its compactness. The action parts are relocated back into the stock so the overall length is reduced. We'll see if this idea catches on. Other U.S. manufacturers have tried it, and not gotten very far, but they were working with adaptations of conventional shotguns, while the Kel Tec is designed from scratch to be a bullpup. No word on the delivery da
1 comment
Read more

January 06, 2011
Traver Off Target - National Review Online Pres. Barack Obama has nominated Andrew Traver, an episodically dishonest campaigner against Americans’ right to keep and bear arms, to be head of the Bureau of Alcohol, Tobacco, and Firearms. ATF is arguably the least competent of our major federal law-enforcement agencies and unquestionably the least impressive of them.... READ MORE... So begins Kevin Williamson's in-depth look at President Obama's controversial nomination of Andrew Traver to head the ATF. Some of the points he raises about the ATF's perennial problems are very interesting, and he coins the phrase "anti-policing" to describe some of it. (If you're with the ATF, pour yourself a Pepto-Bismol before settling down to read this. It's hotfoot journalism.)
Post a Comment
Read more
More posts