Showing posts from January, 2019
Show all

I notice that since November I have reported on three new .357 Magnum revolvers with SA/DA lockwork, three-inch barrels and compact frames.  Kimber was first, with a thumb-cockable version of their K-6, previously produced as double action only. Then came Colt's King Cobra, the up-gunned magnumized version of the new model Cobra .38. Ruger just introduced an LCRx in three-inch .357 form. It is a trend I approve. A gun in this general format is a very good balance of power and portability, range, and practical accuracy. It's a town-and-country gun useful for personal protection or for woods tramping. Each of these newly introduced guns has smooth lockwork that produces lighter double-action trigger pulls than older types, another development I heartily approve. I can shoot the old school Smiths and Colts and Rugers and so on, with their heavier triggers, but less pull weight doesn't hurt anyone's shooting ability. Not everyone will like the recoil of a small and s
2 comments
Read more 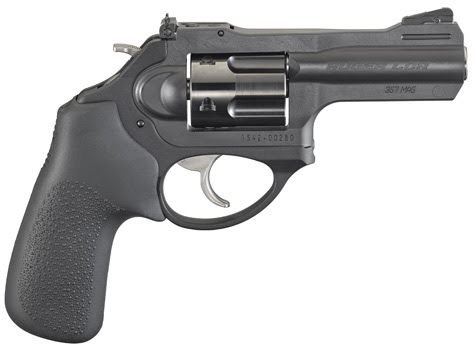 New from Ruger, a .357 Magnum version of their popular kit gun, 3" barrel, adjustable sights. Capacity is five shots. Spec sheet:  https://www.ruger.com/products/lcrx/specSheets/5444.html  . This gun has proven popular in .38 Special and .22. The .357 version should prove a very capable and useful sidearm for those who want a bit more power. A very good feature of the LCR design family is its smooth, light double action trigger pull, lighter than previous generations of Ruger's DA revolvers. The LCRx type is both double and single action so you can thumb cock it if the occasion seems to call for that.
Post a Comment
Read more

Overheard at the range

January 12, 2019
A visiting canny Canadian remarked: "If you cannot kill it with a .303, perhaps you should not be bothering it."
Post a Comment
Read more

January 11, 2019
From the Sun-Sentinel: Gov. Ron DeSantis removed Broward Sheriff Scott Israel from office Friday, replacing him after 10 months of turmoil spawned by the slaughter of 17 staff and students in Parkland. The governor replaced Israel with  former Coral Springs Police Sgt. Gregory Tony , 40, who has a background in active-shooter training. . . Israel vowed to vigorously fight the suspension, accusing the governor of carrying out a political mission because the sheriff had spoken out against gun violence. “This was about politics, not about Parkland,” Israel said. . .   read more: https://www.sun-sentinel.com/local/broward/fl-ne-ron-desantis-scott-israel-decision-20190110-story.html
Post a Comment
Read more 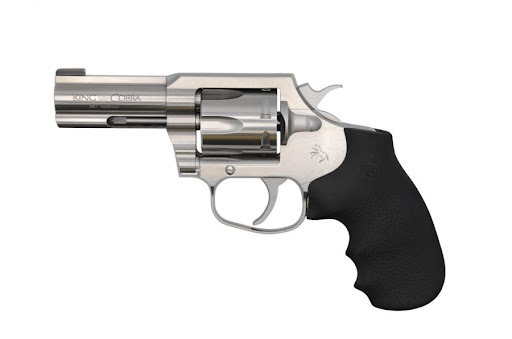 New from Colt, the .357 Magnum King Cobra, shown here. I applauded the new model Colt Cobra .38, introduced in 2017, for updating the Detective Special with a lighter DA trigger pull, a more comfortable grip frame and much better interchangeability of parts. Noticing the Cobra's strong construction, I supposed when it came out that a magnum version would be along if the basic gun sold well. Tah-DA!  I had rather hoped the magnum version would have a 3- or 3.5-inch vent-ribbed barrel and adjustable sights. Perhaps that is in the works, but what Colt has come up with is more utilitarian, with no vent rib on its 3-inch barrel. Sights are fixed but the front one can be swapped out easily. On the web:  https://www.colt.com/series/COBRA_SERIES
Post a Comment
Read more
More posts