Showing posts from May, 2014
Show all

Mass shooters: look at their eyes 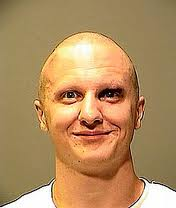 In many of these deranged killers I see a couple of peculiar things. Their eyes are wrong and their cheeks are wrong, in ways that produce a creepy effect. Mass shooters get tons of press. It is because they have now become the poster boys for leftist gun control. We had mass shootings in the past but the news coverage had a different character. Now the coverage always includes many calls for political interventions, mainly for further gun laws restricting everyone, and thus lasts longer than it would if it were merely a matter of some people getting murdered in, say, Chicago's streetz or some other drug fueled free fire zone. But the media circus does have a useful side effect. We see the killers' faces repeatedly. As a result of seeing so much of them, I have noticed something distinctly odd about those faces. There is a similarity of facial expressions. I think that is useful to remark on, for an explanation of it may further our understanding of such crimes. In man
Post a Comment
Read more
More posts