Showing posts from August, 2013
Show all

Eyes up during reloads 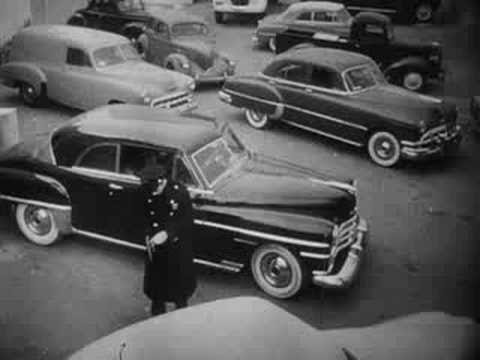 Here is why they tell you to keep your eyes up and looking around while you reload your gun.
Post a Comment
Read more

August 14, 2013
My posts about gun safety  draw only small numbers of readers, though the topic is among the most important I write about here. I suppose that people see a title about rules of gun safety and figure they know all about that. It is apparent, though, that not everyone does know, as witnessed by the gun accidents we read about in the news. If everyone really knew about safety such news stories would cease, or be so exceedingly rare as to be remarkable man-bites-dog stories. I want to challenge my readers to do something today or this week to promote gun safety, but be warned. There is some chance that you will be ignored. Order some pamphlets. Distribute my safety screeds, or someone else's if you prefer them, or have a frank talk with a shooting buddy. The gun safety problem won't go away until we recognize that it is a problem that belongs to all of us.
Post a Comment
Read more

August 06, 2013
Gun rights advocates always find themselves plowing ground that has been gone over before. Consider the following passage from a very old book. Though from the eighteenth century, it presents a line of reasoning highly relevant to gun control arguments in our time.      A principal source of errors and injustice are false ideas of utility. For example: that legislator has false ideas of utility who considers particular more than general conveniences, who had rather command the sentiments of mankind than excite them, who dares say to reason, ‘Be thou a slave;’ who would sacrifice a thousand real advantages to the fear of an imaginary or trifling inconvenience; who would deprive men of the use of fire for fear of their being burnt, and of water for fear of their being drowned; and who knows of no means of preventing evil but by destroying it.      The laws of this nature are those which forbid to wear arms, disarming those only who are not disposed to commit the crime which the law
Post a Comment
Read more

August 04, 2013
Among the complaints lodged against King George in the Declaration of Independence, we find this one: He has erected a multitude of New Offices, and sent hither swarms of Officers to harass our people and eat out their substance. We are no longer ruled by England, but we have managed to institute new swarms of officials using home grown replacements. The government in Washington feels no motivation to limit the numbers of public employees, but the reverse. The  millions of  positions  in government service, overseeing regulations that in some cases we do not need, comprise a reliable voting bloc for the status quo. Big government makes out their paychecks. Why would they ever feel that big government could be a problem? The Constitution is a brief and fairly straightforward document, thus its requirements could be met with fewer than the millions of workers, more numerous than all of our military, now employed at the task. At that, much of the citizenry feels that "govern
Post a Comment
Read more

August 02, 2013
America's dream of prosperity is now unsalvageable. The country will continue down the rabbit hole of economic folly. Instead of learning from Europe's mistakes we are repeating them.  The situation is unsalvageable because so many voters and politicians see our present course as a good one. When moral inversion sets in, a culture is doomed to play out the result. By moral inversion I mean calling things good that are actually bad. The government in Washington occupies itself with everything but solving the country's central financial problem, which is parasitism by the public sector upon the private sector. There are too many takers, not enough makers. The political will to tackle that is not to be found in Washington. Too many citizens like and support the idea of a giving government. They always vote for the giveaways to continue and increase. What we have today is, obviously, a vote buying scheme. Political support is secured by promising government largess to this
Post a Comment
Read more

I will still be posting here, just not as often

August 02, 2013
Some other writing opportunities have presented themselves and I am following up on them. That is going to mean less gun blogging, but never fear. If you will scroll down and look over to your left you will see my blogroll, which is a selection of the very best blogs about guns, shooting, law and politics. I find it yields several good reads every day. See ya at the range.
Post a Comment
Read more
More posts